The same origin policy is a security policy that all the modern browsers apply to client-side scripting languages, including JavaScript. That policy prevents a script running in the browser from calling methods and resources offered by different websites from the one that hosts the script

For example if a script, hosted on www.site-a.com, tries to make an AJAX request (using XmlHttpRequest) to www.site-b.com, the request is blocked: 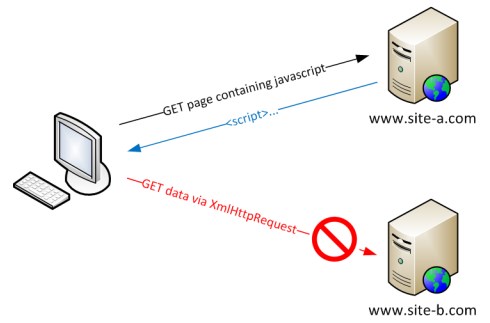 Sometimes you need to bypass this restriction: for example think about a website that – using JavaScript – has to retrieve tweets from Twitter… the solution is called JSONP!

JSONP (JSON with padding) is a communication technique that extends JSON data-exchange format.

This technique take advantage of the lazy loading, that is the ability to add – at runtime – new scripts to an HTML page. This method is not restricted by the same origin policy.

With JSONP instead, data is passed as argument of a callback function:

The response to a JSONP request is therefore a JavaScript code, that is run by the browser.

In the previous example, the callback funcion’s name is static; with a change in the server-side method that creates the JSONP response, you can make it dynamic, able to respond to any JSONP request.

The trick is to pass, as a request’s parameter, the name of the function:

the server-side script will create the JSONP response using that parameter… for example in PHP:

jQuery makes easy the use of JSONP: you need only to add callback=? to the URL in the getJSON method and jQuery will generate a callback function for you:

If the URL includes the string “callback=?” (or similar, as defined by the server-side API), the request is treated as JSONP instead

With the more general ajax method you can instead change all the request’s settings, including the name of the function. 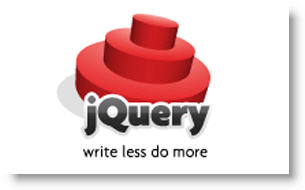