Last Saturday I had some spare time to build my quadricopter…

First, I tinned (with the help of some flux) the power pads on the bottom frame: 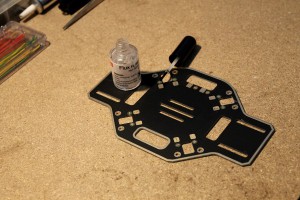 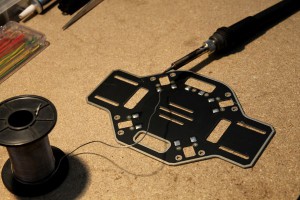 then I soldered (with the correct polarity: red wire = +) the 4 ESCs and the female connector (XT60) fior the LiPo battery: 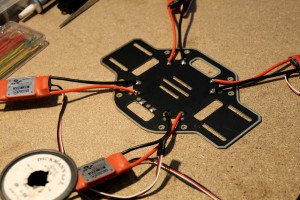 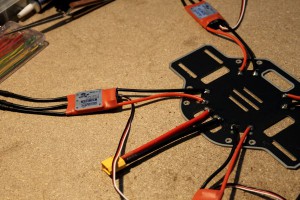 I soldered at the same pads used for the battery connector also the Naza Lite’s versatile unit: 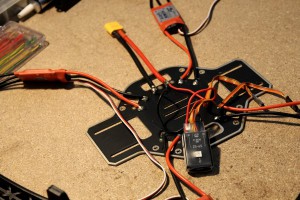 Using the 16 7.5mm screws provided, I screwed the motors to the plastic arms: 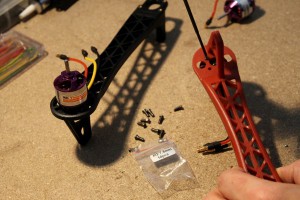 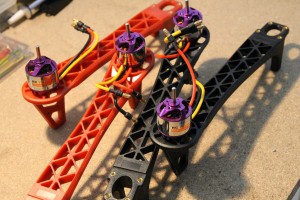 With the 6mm screws I instead set the arms to the bottom frame: 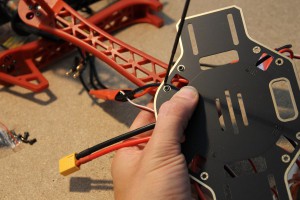 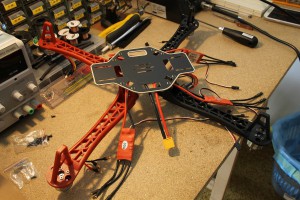 The 4 ESCs were placed under the arms thanks to some plastic strips; then I connected the motors to the ESCs: 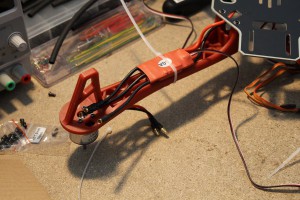 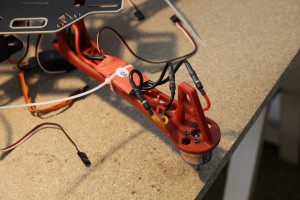 The versatile unit powers the flight control board, displays its status using an LED and connects it to the PC via USB. After having placed some gummed paper (provided) under it, I fixed it to one of the rear arms making sure that the LED was visible: 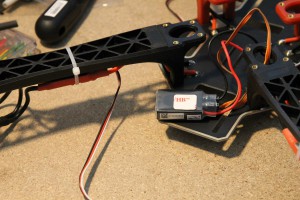 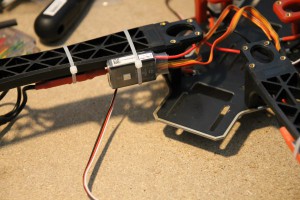 Naza’s main unit should be placed as close as possible to the center of the quadricopter: the tip of the arrow printed under the logo should point to the “forward” direction. The main unit was also fixed on the bottom frame using the provided gummed tape: 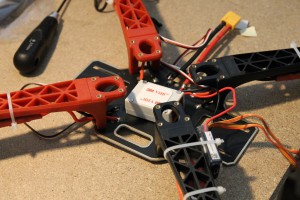 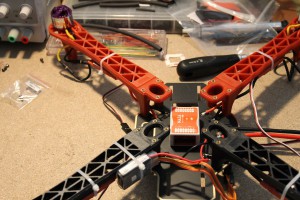 The main unit is connected to the ESCs, to the versatile unit and to the radio receiver. I’m still waiting for the receiver, therefore I just connected 5 wires shipped with the Naza: 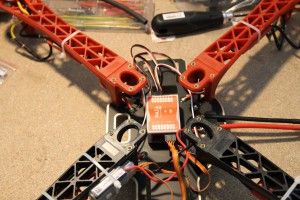 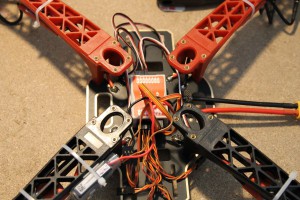 At the end I screwed the top frame, inserted the strip that holds the battery and installed the GPS receiver: 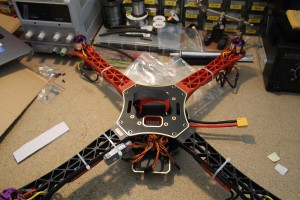 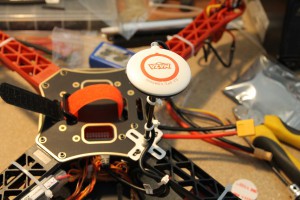 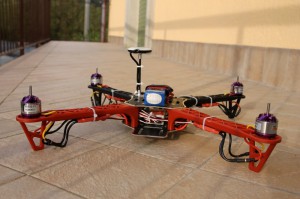 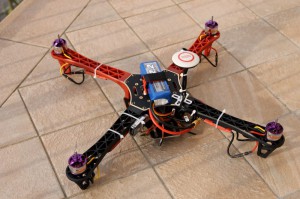 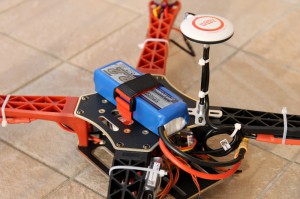 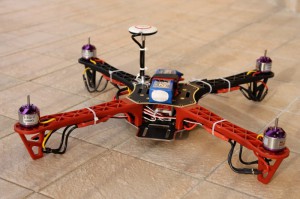