In some previous blog posts, I described the flight control board I chose for my quadricopter, the DJI Naza-M Lite.

DJI also produces a more advanced control board, the Naza-M v2. Some users discovered that the two control boards share the same hardware components and that differ “only” for the software they run: 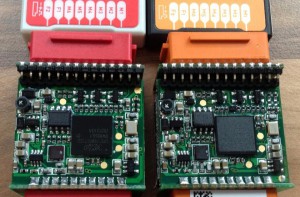 You can’t directly upload the Naza-M firmware on the Lite because its bootloader doesn’t allow that. Recently, a not official software has been released to bypass that restriction. The software is available on http://naza-upgrade.com/

That software is not supported by DJI: use at your risk!

After you run the program, you can update your flight controller using the official NAZA-M Lite Assistant:

Wait a couple of minutes and your Naza-M Lite is “transformed” into the bigger-better one!

POSTED IN » 4ld quadricopter, My projects

4ld: here are the propellers!