After having published my previous article, I received some comments asking what was the purpose of a random number generator, like the one included in the esp32 chip.

Random numbers are widely used in cryptography and a good random number generator is very important to assure an high level of security, as well-explained in Cloudflare’s blog post. This is the reason why Expressif decided to include a RNG as an hardware peripheral within the esp32 chip.

Today I’m going to show you a more frivolous use of random numbers: I’ll use them to turn a led on/off, simulating a flame burning with random movement.

I’ve already explained in a different article the functions the framework includes to perform basic I/O, so the source of this example (as usual available on Github) should be easily understandable.

The led can be connected to any I/O pin: via menuconfig you can specify the pin you chose. To limit the current, I connected a 100ohm resistor in series with the led: 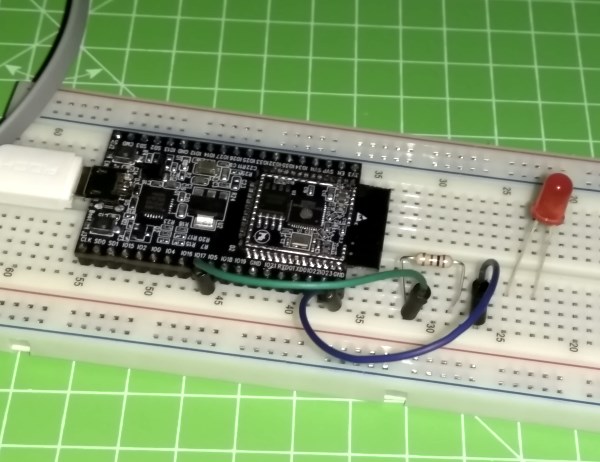 Hi Luca! First of all thank you for the great tutorials!

I just built and flashed the example and work as expected. It’s just that I don’t quite understand the esp_random() function. Could you please explain it in more detail?

hi, that is a built-in (in the ESP-IDF framework) function to use the hardware number generator and obtain a random value.

Hi Luca, how do you figure out the stack size?