When I was analyzing the source code of an opensource software, I found an interesting technique to parse incoming data in a very efficient way, using a struct.

This technique works if the received data has a fixed length and structure; for example it applies very well to data “packets”.

When receiving, the program normally stores incoming data in a buffer in the RAM memory. For example let’s assume that the packet has a length of 14 bytes:

Your specific protocol defines the following fields in the packet:

You can define a struct that represents the structure of the packet:

The technique consists in applying, as if it were a template, the struct to the buffer:

in this way the received bytes are automatically divided into the different fields:

Therefore, to parse the data you only need to cast the buffer:

You still have a problem: to make it more efficient to access the memory, compliers normally align the variables based on their size. This means that – when a compiler allocates memory for your struct – some empty space (named padding) could be added between the different variables: 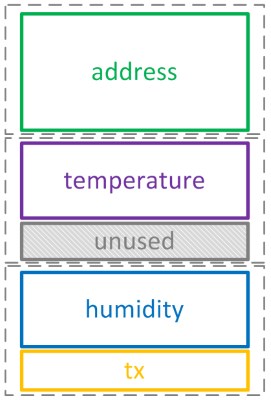 The presence of the padding space causes a misalignment if you apply the struct to the buffer with the received data (which are instead continous). Fortunately, it is possible to ask the compiler not to insert padding using the packed attribute:

If you remember to add this attribute, the technique works perfectly!

IIS, how to debug HTTP errors

Isn’t parsed_data a pointer? To access the struct field, shouldn’t you use