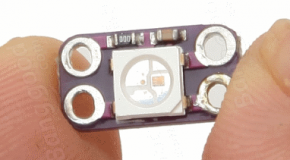 My thermometer will have RGB leds beneath every nixie tube, to be able to light them up with different colors. I decided to use pre-built modules, which include the RGB led and also all the required 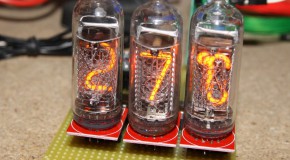 Today I wrote a sketch that merges the previous ones: reads the temperature from a thermistor (connected to PIN A0) and displays it driving two nixie tubes. I also added a third nixie, to display symbol °C. 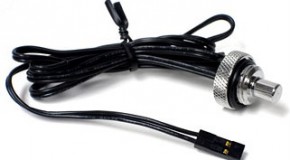 After having learned how to drive a nixie tube with Arduino, today I’ll show you how to read the data coming from the temperature sensor. The sensor I chose, designed for liquid coolers, it’s a 10Kohm 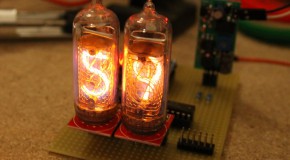 Nixie thermometer – two is better than one!

Today I modified the prototype adding the second IN-14 nixie tube: together, they will display the actual temperature in a range from 0 to 99°C. I simply copied the schematics described in my previous 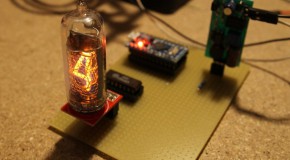 Today I worked on a prototype to understand how to use an Arduino to “control” a nixie tube. The goal was to write a sketch to display a sequence of digits from 0 to 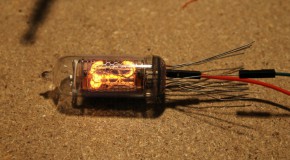 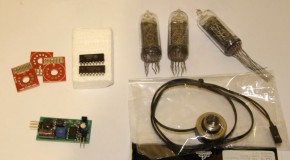 I’m starting with this post the description of a new project, project that comes from a request by my friend Marco, who builds spectacular custom cases for PCs: build a thermometer to measure the temperature of a 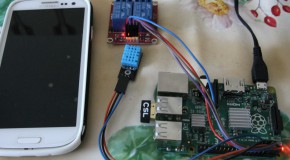 The project I’m going to describe today it’s a sort of proof of concept that will demonstrate the possibility to remote control sensors and actuators (for example a couple of relays) via Telegram. Telegram is an instant

Irrighino is a complete watering system, based on Arduino Yun. The main features are: Here’s a short video that describes the project: How it works An Arduino Yun – the “brain” of irrighino – is connected to 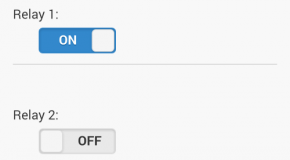 Today’s project, as always based on the enc28j60 ethernet controller, allows to toggle relays (or, generally, digital PINs) using a responsive web page, that is a page that automatically adapts its layout to devices with