Some time ago, I published my AmbientMonitor project: a thermometer and hygrometer based on Arduino and an AJAX web interface.

To connect Arduino to the network I chose a shield based on the ENC28J60 chip; Danny Kimbler sent me a sketch that instead uses the official shield (W5100 chip) and the DS18B20 temperature sensor: 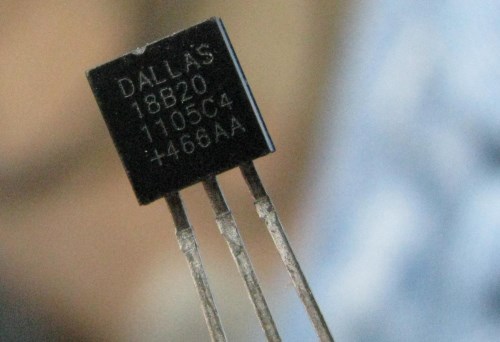 I published his sketch in my Github’s repository, let’s describe some code:

The network configuration (IP address, netmask…) is done at the beginning of the sketch and must be changed accordingly to the particular network you’re connecting the shield to.

Two libraries are needed to get data from the sensor:

In the example, the sensor is connected to Arduino’s PIN5.

The readTemperatureCelsius function leverages some methods of the DallasTemperature library to get the actual temperature from the sensor.

Many thanks to Danny for having sent me his sketch: now you can try my AmbientMonitor project with both the most used ethernet shields for Arduino!