I connected the receiver to the Naza Lite: channels CH1…4 of the receiver go to the ports A, E, T, R of the flight controller, while the channel CH6 must be connected to port U.

After having downloaded the Naza Lite Assistant software and the USB drivers from the DJI website and having installed them on my laptop, I connected this to the Naza’s Versatile Unit using a micro USB cable: 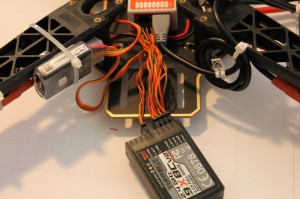 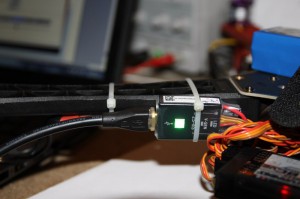 Using the software you can calibrate the receiver, set the multirotor configuration (3-4-6 motors) and configure some advanced features like the failsafe, the IOC (Intelligent Orientation Control) and the battery-low warnings. 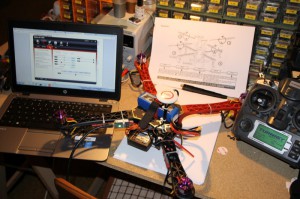 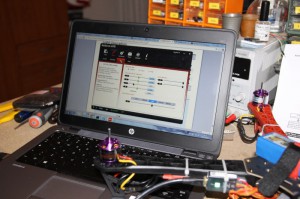 I also configured (thanks to the connection between CH6 and U) a three-position switch (red arrow) using which I can change the flying mode:

and a two-position switch (blue arrow) to activate the failsafe: 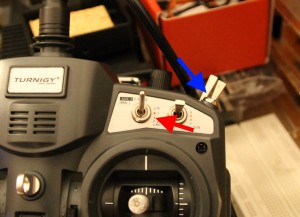 The following two videos (not recorded by me) well explain how to correctly configure the Naza:

POSTED IN » 4ld quadricopter, My projects