Irrighino has been one of my most appreciated projects: it’s a automatic irrigation system – based on Arduino Yun – with a web-based interface, optimized for smartphones.

After having published the project on this blog, it was reviewed by Open Electronics and a dedicated shield was also produced. The shield is still sold on Futurashop: 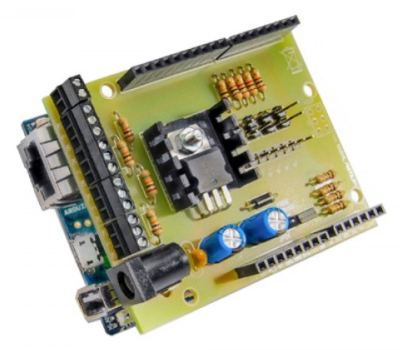 When it was launched the new Arduino Yun (named Rev.2) and the Yun Shield, the Linux distribution running on the board, OpenWrt, was updated as well. In particular, a key component for Irrighino has been replaced with its newer version, the php engine.

If you own a “first generation” Arduino Yun and you’d like to test the new functionalities shipped with Rev.2, in this post I explain how you can update the operating system of your board!

The commands you have to issue on your Yun to install all the required components for Irrighino now are:

install php with cgi and cli

(replace zoneinfo-europe with the one related to your continent)

Final step is to configure the uhttpd webserver to run the php engine.

Edit the /etc/config/uhttpd file adding the following line (pay attention to its position!): 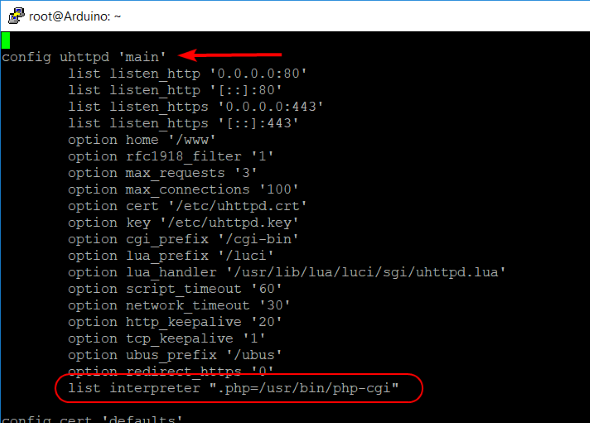 then restart the webserver with:

Now the Yun is ready to run Irrighino!