Some days ago, my Hubsan H107L X4 miniquad, from Banggood, stopped working: even if I connected a fully-charged battery, it didn’t move or light.

Therefore, I ordered from Banggood a flight control board (they call it receiver board) to replace the faulty one: 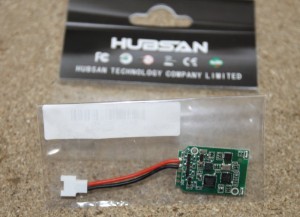 After having opened the quadcopter frame (fixed with three screws) and having unsoldered the old board, I started replacing it. First, I soldered the wires from the four motors and the four leds to the new board, with the correct polarity: 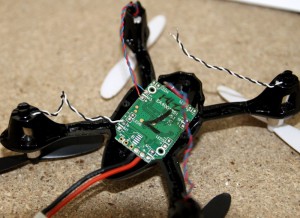 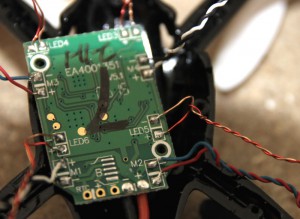 Then I secured the new board to the frame with two screws and – using a small screwdriver – I put the wires in the quadcopter arms: 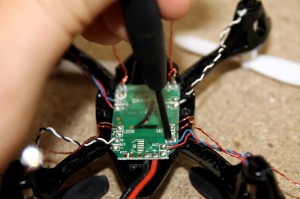 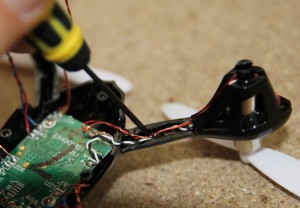 After a final check, I closed the frame with the lower plastic cover: 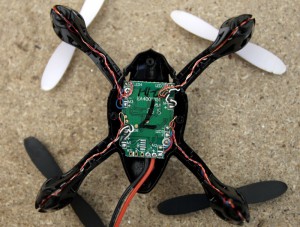 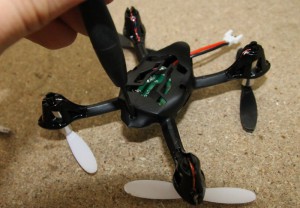 Before being able to fly, I had to recalibrate the board as explained in the manual: 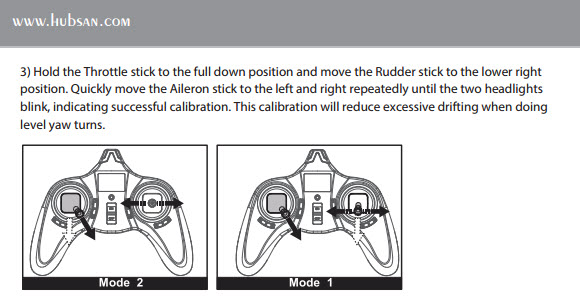 FPV with your smartphone