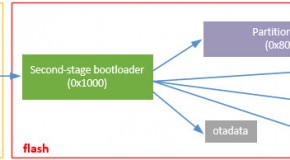 In the previous posts I’ve described the new esp32 chip and explained how to setup the development environment, including the use of one – optional – graphical IDE, Eclipse. Before starting to develop your 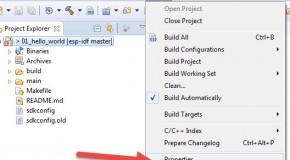 In the previous blog post, I explained how to install the official development framework (Espressif IoT Development Framework) and how to use it to compile your first example, Hello world. Even if you can 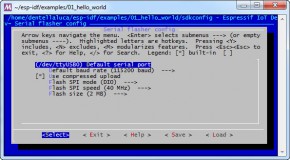 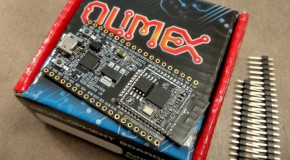 You probably already know the esp8266wifi chip, made by Espressif. It appeared on some Chinese webstores in the middle of 2014 and in the beginning it was used as a “bridge” to connect microcontrollers (Arduino…) to